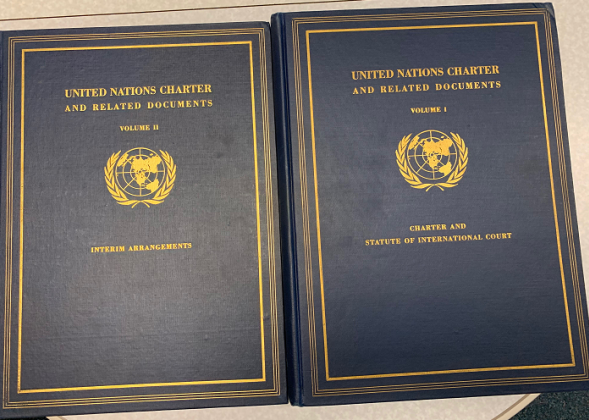 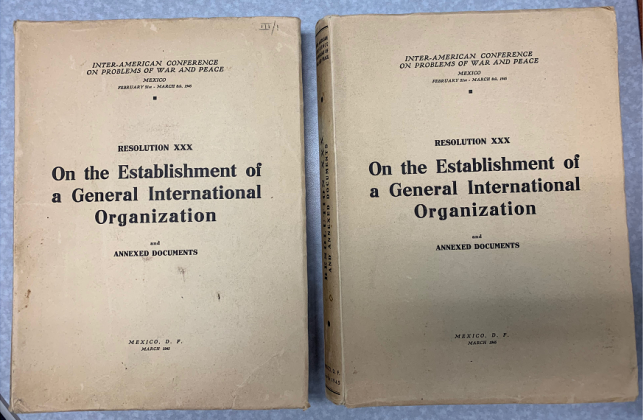 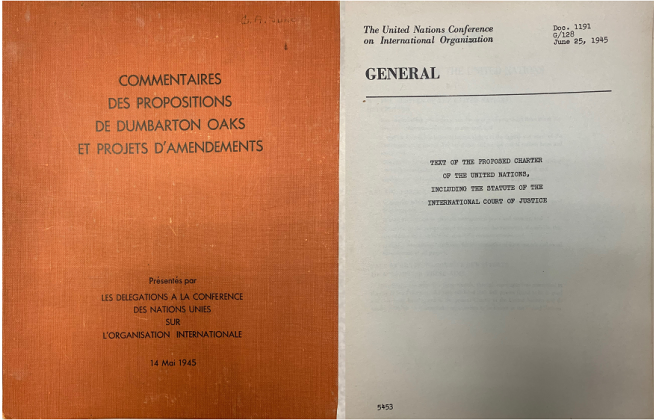 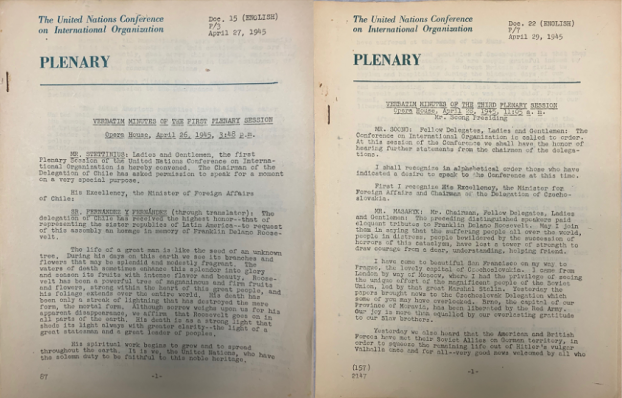 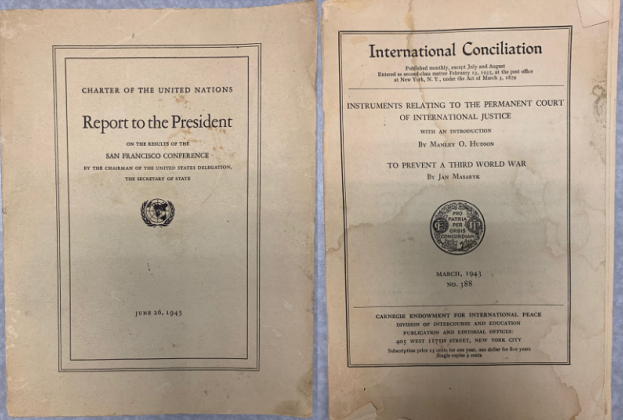 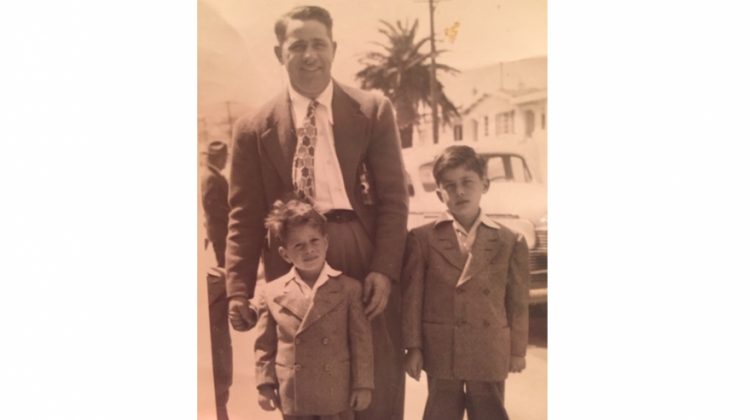 The Department of Operations Support (DOS) has recently received some of the oldest original UN documents. The Archives and Records Management Section (ARMS), in the Division of Administration, accepted this very special delivery.

The package contained an exact replica of the Charter of the United Nations, one of the oldest copies of the document in existence, as well as other original items from the United Nations Conference on International Organization (UNCIO) in San Francisco.

In 1945, when delegates from 50 nations met in San Francisco to draft the Charter of the United Nations at UNCIO, the job of printing the Charter and related documents was tasked to Berkley Press.

Some of this work was taken on by Independent Pressroom, a printing business owned by Joseph (Joe) F. Sarro

Originally from Italy, Joe had proved himself on other printing projects for the City of San Francisco before his help was sought to print the Charter.

No one in Joe’s family knows how the United Nations documents ended up in his collection, but by the late 1950s, the whole family moved, taking the documents with them. Once his children were grown, Joe moved back to San Francisco and asked his son, Jim, to store some of the items he had collected during his life.

Among them were the United Nations documents. Jim Sarro stored these historic records in his home for close to half a century, before contacting the UN Archives and Records Management Section in 2019 to arrange having them sent to the UN.

Historically significant documents received include draft copies of the Charter (the original copy of the Charter is located in the U.S. National Archives); verbatim records of UNCIO Plenary Sessions; and Commentaries of the Dumbarton Oaks proposal by Member States in French and Spanish.

These foundational United Nations documents are now housed alongside other records from UNCIO at ARMS, whose mission is to ensure that important UN records and documents are organized, preserved, and made available to the world community.